May 22, 2019January 23, 2021 Microstock Posts
Tired of agencies cutting your royalties? Upload to an agency that will pay you better, up to 52%. Join Revolucy. 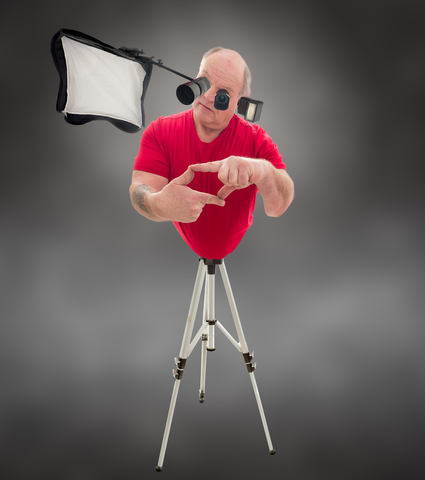 Shutterstock currently puts online around 200,000 images a day..will customers collectively be able to see all the new images coming in? Click To Tweet

Shutterstock is one of the leading microstock agencies with a huge customer base. So it may come as a surprise to many that if you upload your images there, they probably won’t be seen at all, at least not for a considerable amount of time.

Why is this? Well for a start Shutterstock currently puts online around 200,000 images a day, which is an enormous amount of new images. Even with a large customer base, will those customers collectively be able to see all the new images coming in, and in amongst a database of 272,575,442 images? The default search on Shutterstock, like most microstock sites, is not set to New images or ‘Fresh content’ as they like to call it, which I think sounds pretentious because they are referring to digital files not loaves of bread. Fresh files straight out of the oven, sound good huh! I should have gone into marketing 🙂

In the past there was a Fresh content tab right on the search page, actually the tab used to be called ‘New’ before they employed a baker who changed everything. Now, none of the filter tabs are visible, instead replaced by a single ‘View filters’ tab, which an image searcher has to click on to see all the tabs which were previously visible without having to click on anything. For people suffering with click fatigue, this could just be one click too many. But the fact that a New images tab is not visible from the offset just isn’t helpful.

My theory is the key reason for making the New images tab less visible is because these days so much of what they accept on the site is so clearly subpar. This is not the Shutterstock of yesteryear when their standards were so much higher and only really good images were accepted. Shutterstock was known as the hardest site to get accepted to as a contributor, it was a feather in your cap to be there. But no more. These days there are no bragging rights at all for saying you’re a Shutterstock contributor, the bragging rights now belong entirely to Shutterstock, as they can boast about figures of how many contributors and images they have, it doesn’t matter if so much of what they have is garbage. Do they really have eyeballs looking at and reviewing each and every one of the images coming in? We can assume that if they accept 200,000 images a day then more than this amount will be sent to them. They must reject some images right? Or maybe they don’t anymore.

So don’t Fresh images appear in the default search? Yes they do to an extent. I found that for more unique search terms quite a few newer images appeared in the results (although they were still mostly about 3 months old), but they appeared in the lower half of the results page, I only checked first page results. For more common search terms the vast majority of images were not new, with the most recent images being about a year old. It must be noted however, that the only way to check this is with editorial images as these have the dates of the shoots in the captions.

Here’s one outlandish theory that I read recently from a reader of Selling Stock. The reader believes that Shutterstock’s ultimate plan is to eventually eliminate the need for photographers. He thinks that AI machines are learning from all the images being sent, to find out exactly what their customers want. Then Shutterstock will one day be able to make custom made images for their clients, which would be made by machine work, not contributors. I said it was outlandish, but an interesting theory none the less. Shutterstock constantly publishes blog posts for contributors showing them how they can produce better work. If one day you see these blog posts dry up then maybe something is afoot.

I have submitted images to Shutterstock since 2009, I remember what a buzz it was to upload and get sales within a few hours, or within a few days. This happens a lot less now. Ultimately though most contributors just want to earn money and overall sales is what counts, not just the sales of new images. And in the end all new images become older, so if they are any good then they should get their time in the sun eventually. So just be patient and ignore everything I’ve written above, especially the machines replacing humans thing, just name me one industry where that’s ever happened? 😉