January 16, 2013January 25, 2020 Microstock Posts
Tired of agencies cutting your royalties? Upload to an agency that will pay you better, up to 52%. Join Revolucy. 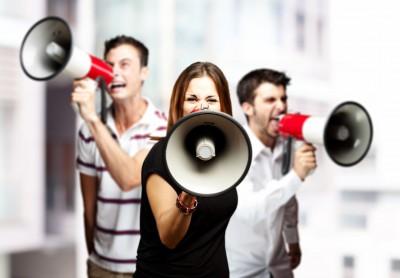 On February 2, 2013 a protest will be held by many iStockphoto contributors. The day has been coined D-Day (Deactivation Day) in this thread on the microstock group. Contributors participating in the protest are set to deactivate many of their images which are currently on iStockphoto (Update Feb 4: New post on Deactivation Day). In fact many contributors are already in the process of removing their images.

So what lies behind this protest?

One of the best selling photographers on iStockphoto Sean Locke (Update February 12: Notice of termination of his iStockphoto account was given to him by Getty on February 8, 2013) discovered recently that Google had acquired 5,000 images for use in Google Drive. Getty Images, the parent company of iStockphoto negotiated the deal with Google, which allows these images to be distributed to Google Drive users, who can then use them for commercial purposes. The one time payment to iStock contributors who have their images included in the deal is $12. This deal has outraged many of iStock’s contributors, as any Google Drive user both current and future ones can use these images without further compensating the authors of the images. Many contributors are stating that this is a violation of their copyright. The images are also not attributed to their authors and any copyright information originally entered into the metadata by the authors are not shown, so not only can Google Drive users use the images for free, they would find it difficult to find the creators of the work should they wish to.

One experienced microstock contributor says in the D-Day thread, “My plan is to only leave the worst images I have. All the ones that have made money are going.”

Another contributor Lisa F. Young (Lisafx) says, “I am still hoping Getty will be forced to come to their senses and start paying us fairly for our intellectual property, but if not, I see no choice but to eventually withdraw from iStock even though I am dependent on the income I make there.”

(The quotes above are published here with permission from their authors).

Just how many images in total will be removed by contributors on and by February 2 is of course unknown. It may just be 10s of thousands, which is a small percentage of iStock’s total collection. However, the fact that at least a certain amount of contributors are acting collectively by taking images off an online marketplace, which makes both them and the agency money is testament to how strongly they feel about the actions of Getty Images and iStockphoto.

Microstock’s origins and success firmly lie in the crowdsourcing model. Microstock agencies owe their success to the tens of thousands of professional and amateur photographers, vector artists and illustrators, who over the years have sent millions of images so that anyone can license them for commercial and editorial purposes. What happens though when the crowd that was so integral to the success of an agency like iStockphoto begins to turn against it?

Maybe we are about to find out.

11 thoughts on “Photographers plan to remove images from iStockphoto”