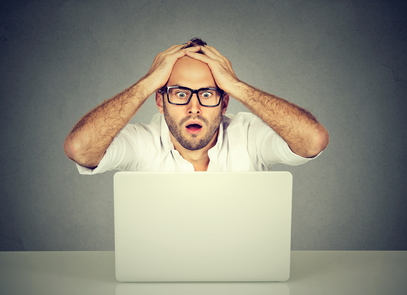 It’s exciting when you see your images published and even more so when you’re the model in them. Sometimes though things happen which you never expected.

Photographer NixyJungle posted his discovery in microstockgroup forum, of a stock image of him being used in a way he doesn’t approve. Here are some quotes from the thread and the image and context in question.

Didn’t know that somebody will use this picture for an ad. Hopefully that ad is not a scam.

I don’t want my picture to be used in that way. I sold that picture 4 times and every time got 0.33$ for it on Shutterstock (long before they cut sales to 0.10$).

I have another photo I probably shouldn’t sell, but I have few sales already. Can’t even imagine in what context it will be used… I was just playing with goose, not really holding her neck, just pretending to.

Btw. my grandmother became a meme TWICE. People just used her picture for funny memes instead what it was meant to be used for. I never told her about that. Don’t even know how I would explain her 🙂