What can You Expect to Earn Per Download in Microstock?

October 10, 2016June 19, 2020 Microstock Posts
Tired of agencies cutting your royalties? Upload to an agency that will pay you better, up to 52%. Join Revolucy. 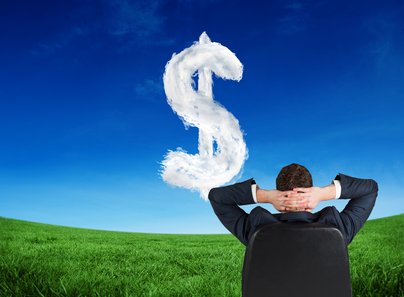 Microstock is a numbers game. Put it simply, in general if you want to earn a vast amount you need a vast amount of images online. The good news is that you can spread your images around the various microstock sites to increase your chances of earning that vast amount. Some sites may only earn you 10% of what other sites earn, but many microstockers think that the smaller sites are still worth it, especially if they have large portfolios. Essentially most of the work is done before you upload, i.e. the shoot; the post production process; and entering information in the IPTC metadata (Title, description, keywords for the image). So uploading the images to each site for review is not a great effort, compared to the work involved in getting the images to the stage where they are ready to upload.

Can I opt out from the small sales?

I often see from people considering starting microstock asking if they can somehow avoid receiving subscription sales; subscriptions pay low amounts per download, typically between 25 to 38 cents. They are probably aware of the popularity of microstock images and the huge internet traffic the agencies receive, but find it hard to stomach receiving such low amounts for their work. However there are reasons for this huge traffic and microstock pricing plays a significant part. Yes the subscription amounts per download seem tiny, but these are actually from great customers, these are customers who are in need of huge volumes of images and are willing to buy the most expensive packages on the websites. Subscription sales are far more regular than credit sales, so the small amounts are made up by the large volume. Consequently, subscriptions make for a significant proportion of our microstock income.

What percentage of microstock income comes from subscription sales?

Take a look at the pie chart below, this chart represents my microstock earnings from both Shutterstock and Dreamstime. The blue section represents the earnings I receive from subscription sales, it’s about half of all my income. Newcomers often talk negatively of the small amounts that subscriptions pay and adore the larger sales, they don’t realise that without these small amounts their income could be 50% less. They don’t appreciate these small amounts yet because their portfolios are small, hence so is their income. 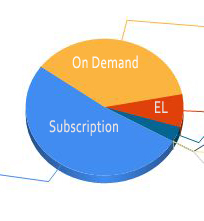 High Revenue Per Download does not necessarily mean a higher income

If you see the line chart below you can see that on average I get about double the Revenue Per Download (RPD) on Dreamstime than I do on Shutterstock, which gives DT something to brag about, however my total income on Shutterstock is actually more than double than Dreamstime with about the same amount of images. As you can see my RPD is low on Shutterstock (average of 48 cents) which is closer to the subscription amounts we receive (between 25 to 38 cents), this indicates that Shutterstock’s customer base has a high proportion of big spending buyers, those who buy the subscription packages, the most expensive packages with the most image downloads.

Adding up the numbers

So for those who worry about revenue per download, this is not really the figure you should be spending too much time looking at. The figures you should be looking at are how many images you can produce and get online each month, and then you should start looking at your Revenue Per Image (RPI). How much are your images actually earning in total, no matter what type of purchases are made to download them. Don’t assume that small amounts won’t add up to much, they do. The idiom “take care of the pennies and the pounds take care of themselves” seems appropriate here, but like I say Microstock is a numbers game and you need to be good enough to be able to get your images online in large amounts, if you want to earn a living that is.

Can I be successful in microstock?

I know people who make more than a handsome living from producing microstock images, it’s a full time job though. The term passive income is misleading to an extent because if they stop producing and sending images their income drops, sometimes quite significantly. Some of them find themselves reaching a stage where they find it difficult to increase their income any further, they report that their work rate doesn’t drop and they keep producing and sending the same amount of images each month only in order to maintain the same income as the months before (in theory the income should keep growing as the portfolio gets larger). Still, it is possible for microstock to provide quite a good living if that is what you want, there are no overnight successes though, perseverance and patience are the key and being able to look a lot further down the line than revenue per download.