June 29, 2020 Microstock Posts
Tired of agencies cutting your royalties? Upload to an agency that will pay you better, up to 52%. Join Revolucy. 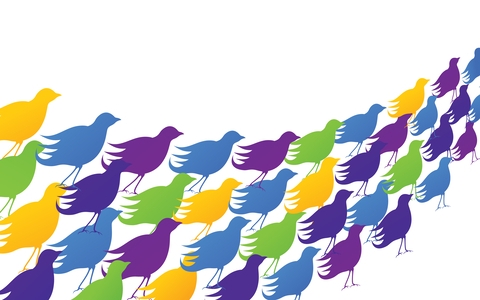 If you don’t know what’s going on at Shutterstock yet, where have you been? Read here and here. Shutterstock is being abandoned by many photographers and artists due to their new royalty payment system, which is well.. let’s say not very popular with their contributors.

Now two microstock production houses have left them, Toluk which did have over 1.5 million images on shutterstock, and Africa Studio removed 1.3 million images. However, in a strange turn of events, a few days after Africa Images removed their entire 1+ million collection, their images started to appear again in their port and are now back. A deal struck maybe?

Nonetheless, the founder, former CEO and current Executive Chairman of the Board of Shutterstuck Jon Oringer is showing signs of pressure, the constant barrage of online criticism and of course with so many portfolios being deactivated on shutterstock, it must not be easy to see your baby being hurt. However, a responsible parent wouldn’t put their child in harm’s way. Last week on Twitter Jon O in almost Trumpesque fashion double downed in response to criticism. He seems rattled. But is Shutterstock rattled? Well they may now be with Jon after he told Shutterstock’s contributors to “..Take your content and go”. 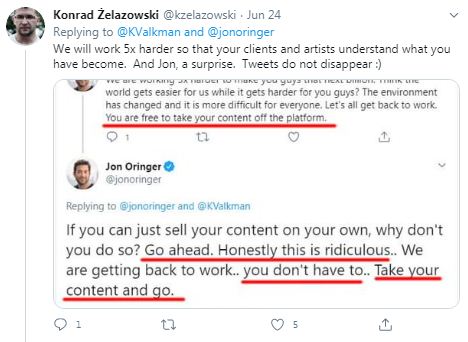 The tweet has since disappeared. The thread originally started with Jon tweeting about how enthusiastic he is in helping new entrepreneurs. The irony is his company has just put into jeopardy the livelihoods off thousands of people, tens of thousands of people perhaps. God knows what Jon is teaching these entrepreneurs, but the future is bleak if they follow his steps, not for the entrepreneurs of course but for the people who they will rely on to get them to the top. 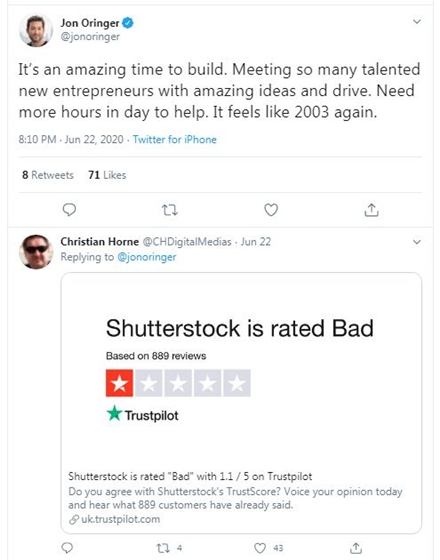 It’s an amazing time to build. Meeting so many talented new entrepreneurs with amazing ideas and drive. Need more hours in day to help. It feels like 2003 again.

The fact that Jon is unable to show calm or just simply not respond to criticism on Twitter, is likely because things are not going well. The boycott of Shutterstock by so many contributors has only been a month long. Contributors can disable their entire portfolios easily in their dashboard. Doing so will put more pressure on Shutterstock, they don’t want to lose good work as their buyers will shop elsewhere. I’m sure  a lot of buyers are wondering why they can’t download the images they saved in their lightboxes. Now is the time folks!

For Jon Oringer it feels “like 2003 again”, but 2020 is a very tough year for pretty much everybody else. In the month that contributors are furious with Shutterstock for slashing their royalties, Jon Oringer the typically insensitive American entrepreneur is on Twitter rubbing salt into the wound. If your emotions are getting the better of you, Twitter is probably not the best place to spend your time. Shutterstock’s shareholders are probably hoping Jon stays away from social media altogether.