March 21, 2010January 23, 2018 Microstock Posts
Tired of agencies cutting your royalties? Upload to an agency that will pay you better, up to 52%. Join Revolucy. 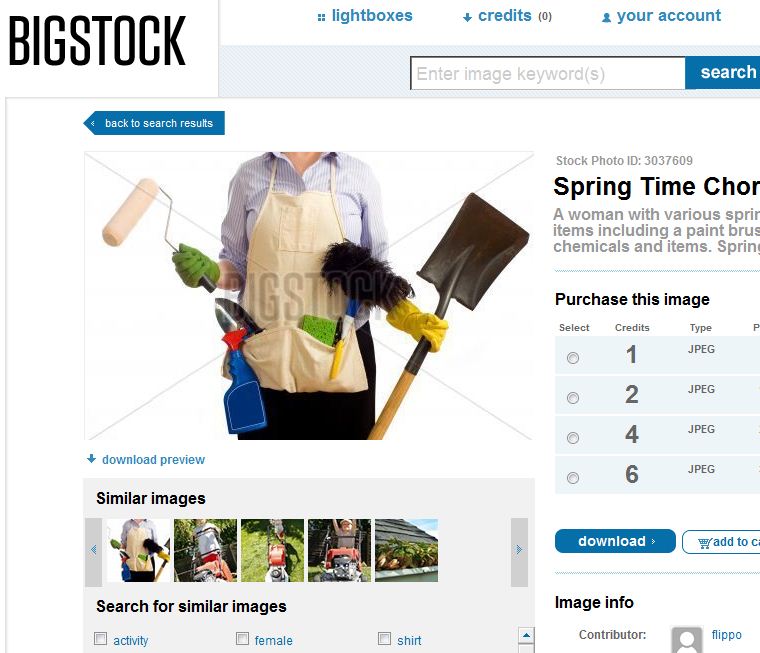 This month two well established microstock sites, Bigstockphoto and 123rf released their revamped looks. Both sites have focused on ease of use and simplicity, which I mentioned in “Shutterstock gets bigger” was desperately needed for Bigstockphoto. Although 123rf’s previous version was pretty good I thought. Bigstockphoto has shortened it’s name to Bigstock, which was what most people called it anyway and the logo on your browser tab is now just the word BIG, which hopefully is an indication of what they will become. And since they are now owned by the microstock giant Shutterstock, they have every chance of becoming really BIG. The new look is not so different from the old one in terms of the positioning of things, but as one contributor described it in the Microstock Group forum, “it looks like it’s been through the wash and lost all it’s colour”, which for me is a good thing as the amount of colour in the previous version was distracting. Now it has a much cleaner, uncluttered feel to it, with a simple white background and light blue used as highlights, which is a well proven formula if WordPress and Facebook are anything to go by. Indeed the new look is nothing fancy, however usability is what is important and I can now find what I’m looking for in less time than it takes Jon Oringer to jump out of bed in the morning.

It’s not just design changes that have been made. Other improvements include:

Ok Bigstock, stop using big words that I don’t understand. Fortunately, they have given an example on their blog for simple country folk like myself, as to what Boolean logic is, “…for example, show me: horse AND gallop NOT farm”. I wanted to test this logical Boolean thing, so in search I typed “thongs not sandals”, it was the first thing that came to mind. It was a fascinating search, but I spent far too long looking at the results, infact I would have completed this blog much sooner if it wasn’t for the distraction. Anyway, where were we? Oh yeah the mind boggling Boolean thing. Well it works a treat, I got 1635 images of women and some men wearing thongs as opposed to 2012 images if I just used the word thongs, as there are additional images of flip flops.

123rf new look is also easy to navigate, but the old version was good too, if not better. I liked the options listed horizontally across the top, kind of similar to how Dreamstime do it, which incidentally has the look of all looks and would be hard to improve on. There is a lot of grey on the new 123rf site, which is easy on the the eyes and at the end of the day all anyone wants is to find something fast. But scroll down on both the buyers and sellers pages and suddenly you are hit by vibrant colours and swirls, with young people jumping for joy as if they’ve just found out that they’ve got a subscription sale. Aha I knew there was life in you yet 123rf! 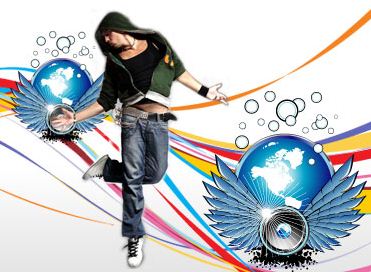 With the new look, 123rf also made the bold move of removing the site forum. I had actually thought they forgot they had it, as I don’t recall them participating or monitoring it. We could even mention other microstock sites in the forums, giving their full names and not just initials, which is generally a big No No on microstock site forums, for obvious reasons. What so many people like about microstock is the level of interaction between others who are doing the same thing. The ability to share experiences, to ask questions and to learn something is a big motivator for a lot of contributors. Yes, contributor rants are also part of the course (I love ranting, I’m even doing it now), but if you can’t take the heat get out of the kitchen, don’t remove the kitchen completely. I would have thought one way for an agency to attract more photographers, is to encourage interactivity. The top 4 microstock sites Shutterstock, Istockphoto, Fotolia and Dreamstime all have very active forums and even the CEO actively participates on Dreamstime .

Both Bigstock and 123rf  have never been huge earners but they earn enough for people to stick with them. They remind me of how my teachers would summarise my year to my parents on Parents Day, “Um, he’s got potential”, which basically meant he’s not a winner yet, but you never know. At least that was my interpretation, however I just spoke to my Mum and she says that the teachers were exceptionally polite at my school. I like both the sites and would love them to really become winners. Bigstock has the most courteous contributor service and you are given the feeling that you are valued, 123rf has a few unique features on the site, plus they give 50% of sales revenue to their contributors, which is all the respect I need.

So now that the new look is off the checklist, what’s next for these two sites? Well your guess is as good as mine, but hopefully I will be blogging about more exciting developments in the years to come.