Just how much of a subscription site is Shutterstock?

December 2, 2011June 19, 2020 Microstock Posts
Tired of agencies cutting your royalties? Upload to an agency that will pay you better, up to 52%. Join Revolucy.

Interesting thread on msg recently where the topic of earnings from Shutterstock was brought up. Although Shutterstock is well known for its subscription model, they do offer other ways to buy, namely On Demand downloads and Single downloads (introduced in September, but not available in every region). They also offer Enhanced Licenses, a more generous type of license but more expensive (also known as an Extended license). When Shutterstock started back in 2003 it only licensed images through subscription plans. While other microstock sites have since incorporated subscription plans as options for buyers, Shutterstock has gradually introduced what other microstock agencies have. 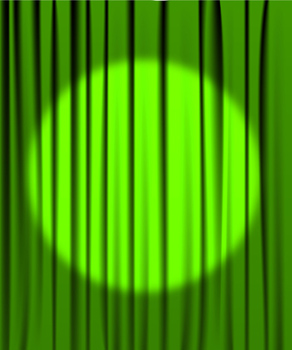 In the thread some of the contributors point out that up to half of their revenue now comes from non-subscription downloads. I’m not sure if  this will be the case for most contributors, but I would think certainly a sizeable portion of contributors earnings will now come from downloads other than subscriptions. My own stats show that just over one third of my revenue from Shutterstock comes from downloads which aren’t subscription downloads. So what does this mean? Well for a start it pushes revenue per download up, plus if a site has many ways of licensing images, this should help to attract the different types of buyers, maybe also buyers who’ve had enough of the antics at iStopped.

You sell your images for 25 cents, hahaha!

There are still people who dislike or don’t understand microstock. When they critisise it they are usually eager to mention Shutterstock’s lowest earning rate for a download which is 25 cents. They always either purposely don’t mention or are simply unaware that there are so many different other rates too, with the highest being $28 which comes from an extended license purchase.

Surprisingly ELs on Shutterstock when first introduced could only be bought via subscription packages, where buyers could download 25 a month. Shutterstock have since increased the prices of ELs and reduced the minimum amount that can be purchased to just 2, as well as reducing the royalty percentage given to contributors from 50% to as low as 28%. I’m sure there would be buyers who would like the option of buying one EL at a time also, as opposed to the minimum purchase of 2 at $199, especially given that it is now even possible to pay for a single image with a regular license, as long as you are lucky enough to be in a single download zone. $28 given to contributors for EL sales undoubtedly could be better and it is better on some other sites, the highest paying EL I’ve received to date was on 123rf which was $43. There is now a site however where contributors can receive less than $3 for an Extended License sale, they can receive higher amounts too but none of the rates are particularly attractive. The savvy contributors though are opting out of these Els, so as not to jeopardise their EL revenue elsewhere, after all buyers can easily find your images wherever they are. So although $28 for an Extended License sale on Shutterstock is by no means as good as it could be, it’s not a crazy low rate either and they are regular enough to add significantly to your overall earnings.

Subscriptions, for which earnings actually range from 25 cents to 38 cents per download, certainly account for the bulk of the downloads and I would still think the majority of most contributors earnings (maybe the poll will reveal this). When contributors first get accepted they immediately see sales, even from their initial 10 images and an image in a port can be downloaded by subscription purchases up to hundreds of times. I can’t say for certain, but I would imagine many images are even downloaded and never used. The subscription plans allows buyers to download 25 images a day, most people probably never need that much and it’s pretty easy for them to download a few alternative images for the ideas they have in mind, or just download images which they could potentially use in the future, whether they eventually end up using them or not.

With all the download sources on Shutterstock par Enhanced downloads, your pay increases as your total earnings increase. This is how it works for subscription downloads and the On Demand downloads that aren’t limited by size.

So just how much of your revenue comes from non-subscription downloads on Shutterstock? I’d like to get more of an idea, please take a couple of minutes to look at your Shutterstock stats and take part in the poll at the top of this post. Thank you 🙂

4 thoughts on “Just how much of a subscription site is Shutterstock?”