September 28, 2016January 31, 2019 Microstock Posts
Tired of agencies cutting your royalties? Upload to an agency that will pay you better, up to 52%. Join Revolucy. 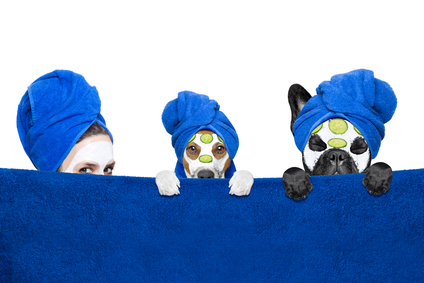 Dreamstime recently made the unusual move of showing publicly some of its users confidential information, it was a test run for what they hoped would be a site wide change (for all users, sellers and buyers). On Dreamstime as with all microstock sites users have the choice to reveal what information they want the public and other users to know about them, this information includes names and locations, of both contributors and buyers. For users who choose to make their details confidential only the usernames are shown on their profile pages.

Dreamstime decided to test the reaction and increase the debate of the idea in their forum by arbitrarily revealing information for some of their users, who had chosen to keep their details confidential. This didn’t go down very well with many people, in fact quite a few people became alarmed and requested that their accounts be deleted.

Dreamstime’s justification for the discussion and the test run was that they had received feedback from potential buyers who were perturbed by seeing profiles with the words ‘confidential information’. Dreamstime also said that one of their buyers said that people who sell images under confidential profiles are “shady and dubious”. Therefore Dreamstime believes that they would sell more images, by not allowing users to keep their names private as well as by revealing their locations.

However many contributors have pointed out that there are many different valid reasons why a contributor would not wish to make these details public. I have listed a few below.

The above are just a few reasons I have read why so often users prefer to keep their information confidential to the public. Remember that the websites themselves still verify the users in a few ways, so this information is known to those who run the website.

I personally don’t think that very many microstock buyers care at all about who created the images they buy, and there are many more sites which have far more sales than Dreamstime, which all allow the users to keep their entire information confidential or not. If Dreamstime want more sales I would suggest that they stop wasting time in their own forum, and keep concentrated on other things like marketing or working harder. I have been with Dreasmtime for years and everything seems to stop on a Friday and start again on a Monday, whilst the other sites appear to be closer to full strength right through the weekend. This is what they are competing against. If they want more sales then they should at least be up to speed with the more popular sites.

What upset many contributors, even though they only did a test run on a proportion of users, was that they did not send out any emails to the users involved. So if these users didn’t happen to visit the forum or visit their profile during this time, they wouldn’t be aware that their information which was previously confidential was now suddenly publicly available, in fact there are probably users who are still not aware now that this happened at all. If Dreamstime wants to make these kind of major changes, they need to set out a timeline of when these changes will take place and offer the opportunity for users who don’t agree to close their accounts. Additional info. – Closing an account on Dreamstime immediately is not always possible, Dreamstime locks images in for 6 months, so a contributor account can’t be closed if the contributor has had an image accepted within the last 6 months.

After causing quite a storm Dreamstime did reverse their decision and said, “We still believe a public profile gives more credibility to your images but we will respect your choice regarding the confidentiality of your profile.”

I wonder how many contributors requested their accounts to be closed during those few days, my guess is that it was enough for Dreasmtime to be alarmed and immediately announce the reversal of the test run when they came back to work on Monday.

Now it’s time for Dreasmtime to rebuild their trust with their contributors, and maybe find more effective ways to increase their sales.