March 24, 2009December 7, 2012 Microstock Posts
Tired of agencies cutting your royalties? Upload to an agency that will pay you better, up to 52%. Join Revolucy. 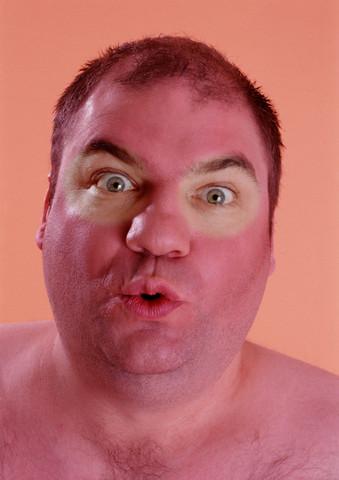 We all make mistakes. God knows I make plenty and before you all shout in chorus “Your blog, it’s a mistake!” I would just like to point out some larger gaffes. There was an article on Smartmoney recently called “Small Business: How to Beat a Goliath“. It focused on how a microstock company was the first to take on the major ‘powerhouses’ in the stock industry. And as we all know many others have followed suit since “Shutterstock” first stood up to these giants. Yes you have been misled all these years into thinking it was Istockphoto which got the ball rolling, but it was in fact “Shutterstock” according to Smartmoney.

To be fair it does say that it was Shutterstock “Along with a few other fledgling firms”, that ‘upended’ the way photographic images are bought. But anyone who doesn’t know the history of microstock and there are still many who don’t know what microstock is, is given the impression that Shutterstock had a major role to play in the advent of microstock, even though it was established years after Istockphoto. Istockphoto is only briefly mentioned in the article, with no mention of it’s majorly important role in the establishment of the microstock industry.

The owner of Shutterstock according to a post (link removed, because post has been removed) on pdn said that ‘he hadn’t claimed he invented microstock, and he added that competition is good for iStock:’ “If they weren’t in an industry with competition, they wouldn’t be around anymore.” Well i’m not sure if they wouldn’t be around anymore but they probably wouldn’t have much of an incentive to improve. Naturally with competition, agencies have to look for ways to attract more buyers as well as contributors. Shutterstock although not being the inventor of microstock, at present its subscription based site is one of the most successful models, if not the most successful model out there. As one reader of the SmartMoney article commented, referring to the owner of Shutterstock “It was because of his aggressive marketing and referral programme that I personally became aware of microstock. I only found out about iStock later, ironically enough on Shutterstock’s forum.”

Photoshelter published a buyers report recently, which showed results that can only be expected in these economically hard times. That is, 58% of photo buyers will decrease their spending on cheaper images, opting for more expensive rights-managed images instead. I may not be the sharpest tool in the box, but something doesn’t seem right here. 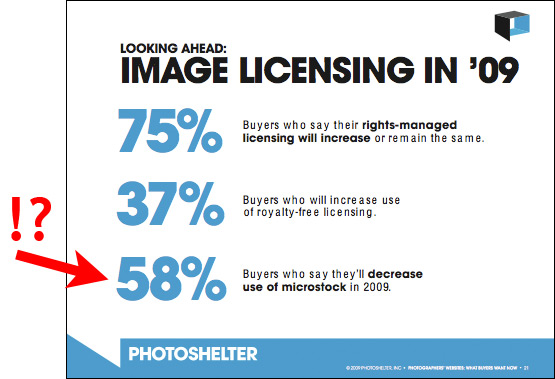 Fortunately those sharp tools at PDN Pulse who never seem to miss a beat, spotted the intriguing statistic which prompted Photoshelter to re-examine their statistics. In further examination of the figures to their complete horror they realised that they had made a misprint. It is actually only 22% of photo buyers, who realise the wisdom of spending less of their budget on cheaper photos, during economically difficult times!!

Finally, I read a photographer’s comment in a forum recently. He was amused at how his photos of domesticated animals, doing what is required to ensure the survival of their species, were rejected with not exactly the likeliest of answers. “We have enough of this subject already…sorry. More unique images will help your images stand out from the crowd.”

I did check the agency in question, with probably the most unique keywords of the day and was unable to find images of this very common theme. 🙂