February 4, 2013February 1, 2021 Microstock Posts
Tired of agencies cutting your royalties? Upload to an agency that will pay you better, up to 52%. Join Revolucy. 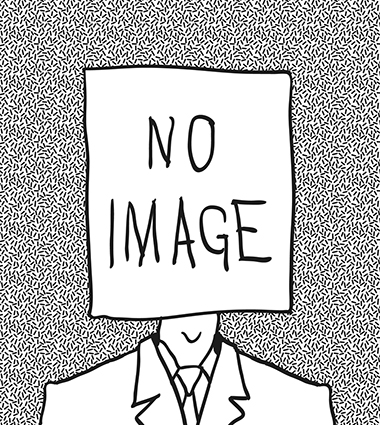 Tens of thousands images have been removed from iStockphoto in a coordinated protest by photographers. You can see details of the origins of this protest in the previous post ‘Photographers plan to remove images from iStockphoto‘ and also in the Deactivation thread on Microstock Group. Although Deactivation Day on iStock was held on February 2, many photographers deactivated their images before this date, for many this was not just a protest, deactivation of their work was enacted to protect their work. The fear of losing their images to Google Drive which is freely distributing their copyrighted work to Google Drive users was the motivation.

“I deactivated my files for protecting my work and my way of life.” – Dirima

A few days after news of the Getty/Google Drive deal went viral, several thousand more images were added to Google Drive, this was something that couldn’t wait til Monday but was pushed through at the weekend.

Lets look at the scale of the protest. Although a protest on this scale is unprecedented in the microstock industry, tens of thousands images deactivated (current estimate is around 50,000 images) is still a small amount from images which remain. Coordinated action by the really big dogs could in effect send iStock or any agency tumbling. This was not the case, naturally the more that someone has at stake the less likely someone is willing to protest. They are still making vast amounts of money from iStock and money talks louder than the most vocal dissenters, even if they disagree with the deal Getty made. iStock may be thinking the protest is over and they are now home and dry, however…

What is more difficult to quantify than the amount of images removed is the damage caused by yet more bad publicity iStock is getting. Buyers don’t live in caves, many of them will know what is going on and more and more may be asking if they want their businesses associated with an agency which is continually in the news for the wrong reasons. One poster in the D-Day thread writes…

“Yes, the action – blogs, tweets, articles about D-Day, draw the attention, not the image drop itself. But the power of cooperation, voice of contributors. We are not silent lambs.”

Many photographers I think may have lost their trust in iStock a long time ago. As another poster in the D-Day thread points out…

“It’s not a negotiating strategy for me. I’ve had enough of them. They lost my trust years ago and I really don’t know why I have kept all my best images with them for so many years. It feels good to no longer have to worry about what despicable thing they will do next. I hope it will make other sites think about treating us with a bit more respect but I’m not sure that will happen.”

I think even many of those who are exclusive contributors have lost trust in iStock. Remember this whole story came to the forefront by one of iStock’s top exclusives Sean Locke, exposing it publicly in iStock’s forum. He is currently not uploading images to iStock. Update February 12: Getty Images gave notice to Sean Locke on February 8, 2013 that his iStockphoto account (with 12,000 images and close to a million licenses sold) will be closed in 30 days. Of course his loyalty is to his images first which his agency should be protecting. iStock though is not batting for its contributors as it was once willing and able to do, it’s being battered by decisions that Getty make for it. And although iStock is by no means a spent force, it can’t be battered forever.

Contributors publicly and collectively announcing that they will remove images from an agency can not possibly go down well with the agency. iStock’s forum moderator, a man of great charm and wit 😉 even gave warning to contributors of how difficult it would be for those deactivating images to have them activated again should they wish so, and I don’t think he was talking about a site bug. Also, a site where contributors were able to keep track of which images were in Google Drive was issued a DMCA take down notice by iStockphoto. “We believe whilst acting in good faith that the Registrant’s use of the Copyrights in the Domain is not permitted as the iStock Parties have not given the Registrant any permission or authorization to use the Copyrights nor are the Copyrights in the public domain.” This site is not allowed to show which images are in the Google Drive deal, yet Getty and Google can give the images away for free against the wishes of the photographers who made them.

For those who stuck to their decision of deactivating images, many used a time saving Greasemonkey script to deactivate multiple images in one go, the creator of the script being, well it was Sean Locke. iStock must surely be grateful for having such an on the ball and helpful contributor.  (Update: link removed as the page no longer exists) and some how to install guides for Firefox and Chrome.

Also revealed in the D-Day thread was one agency that gave Getty access to 62 of its images (photographers images) for use in the Google Drive deal, with an eye on keeping the agency in good stead for the future. The agency in question was then satirically renamed ‘Bend’ by one forum poster. Such is the might of Getty though that I would imagine if they were to tell any agency to bend, most agencies would ‘just close their eyes and think of England’.

In the meantime Shutterstock are having a field day, by announcing on their site and on msg that they are “receiving inquiries from exclusives who are interested in joining Shutterstock”, and how they are willing to accommodate them. Whether this was an influx or a trickle of inquiries we won’t know, but certainly a smart move on their part. Jon Oringer must be rather happy flying his helicopter around New York these days.

Many traditional stock photographers have argued that the microstock concept has devalued the business of stock photography, however there are those that argue the market demanded it and the concept filled a gap, unleashing new buyers and photographers to the stock scene. There are significant sums of money being made from the concept and it has been and should be a win win situation for buyers, photographers and agencies, but free is not. Free cuts out the creators in the equation and if the world of imagery is heading in this direction, what will the future hold? There will always be images but producing many of the great images costs money, money which has to come back multiplied. If photographers and artists are not adequately compensated for their work, great images will simply dry up. What devalues the business of stock photography are images which are produced with the intent of getting them licensed multiple times, but instead are licensed and then distributed for free multiple times. Rob Haggart of APhotoEditor sums up the situation like this, “I’m positive that Getty and Google will figure out a way to lower the bar even further at some point, but this is the lowest I’ve seen it. Gmail has 425 million active users worldwide according to Wikipedia. That’s some serious fractions of a penny for a license.”

Microstock photographer jsnover removed the bulk of her portfolio from iStock and says in her blog..”Those who create the images must retain the right to control how they’re licensed. Getty doesn’t want to give contributors those choices. So my reason for deactivating 2,496 images (we have to provide a reason) was: I’m opting out of special “licensing” deals the only way you’ve left open to me.”