How do you choose winning images?

March 16, 2011July 5, 2020 Microstock Posts
Tired of agencies cutting your royalties? Upload to an agency that will pay you better, up to 52%. Join Revolucy. 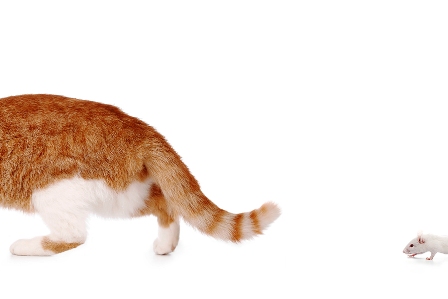 I was having a look at Shutterstock‘s new darkroom for contributors. It’s still in experimental phase, but looks pretty good to me already. In the Gallery View, we can view total earnings for individual images and these images appear in a list in order of total purchases, total earned or by the date uploaded. I clicked on total earned to see the order of my most lucrative images.

What are my earners?

I have a very small portfolio on Shutterstock, at the moment just 145 images. In a collection of 14.5 million images, it’s amazing that my images are found at all. However, my images are downloaded by buyers pretty much everyday and to date have been downloaded 1021 times. Looking at my top earning photos, I’m trying to see if there are any trends. 2 out of my top 10 earners are editorial images, 2 are landscapes (1 taken from a passenger plane), 1 is a cityscape (taken from a passenger plane), 4 are portraits and 1 is a still life shot, so a fair mix. Out of these 145 images, 52% of my earnings have come from just 10 images, which is just 6.9% of my portfolio and between them have been downloaded 434 times. If only there was a microstock clairvoyant plugin which could tell you what images you shouldn’t spend your time on. Could I have guessed that my top 10 shots would have done so well before I uploaded them? Possibly, but as much as I try to choose only winners to send to agencies, time and time again I guess wrong and it often surprises me that what I think may have great potential, often gets rejected by reviewers. But the reviewers don’t always get it right. More than 50% of my earnings are from just 10 images, but the reviewers had confidence in all 145 of them, many of which have just had a few downloads and 38 images haven’t had any downloads at all. So to a large extent it seems that they are guessing too. 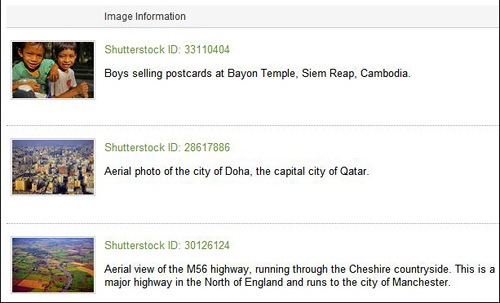 Why are they winners?

Like many people who submit to microstock, I am not a full time photographer and take photos, edit and upload when I can. Until now, I haven’t spent too much time analysing my sales and just send the agencies images I like. But I want to start focusing more on what buyers like, so I will look more closely at what sells from now on. What is unusual about my own stats is that only 2 of my top ten most profitable photos on Shutterstock were shot with all seriousness, for me that mostly means going to an event with the intent of getting marketable images, but I also occasionally shoot models and still life. 8 out of my 10 most profitable shots were taken when I just had my camera with me (which is not always), without having any events to go to or ideas in my head, random pictures of people and places. So the images which I seem to be putting the least effort into are making me the most money. Maybe I should stop trying altogether.

I’m trying to find reasons to why these shots are doing so well. Walking around aimlessly and stopping if something or someone catches my eye is what I enjoy doing and what I have always done. I love to take portraits of ordinary people, but on the occasions I shoot models or still life, I find myself just wanting to get the shoot over with. The logic is, if you’re not enjoying it you’re not going to get the best results. Events I go to often just last a few hours, there is of course a certain pressure if you know that you have just a short time to get some decent shots. I’m not saying I don’t enjoy the events I go to or I don’t come out with anything good, but I still prefer to be walking around aimlessly and stopping if something or someone catches my eye. Also, often events that I go to have lots of photographers, with many of them being full time professionals, directly or indirectly this is my competition, which may be a much tougher competition than those who I’m competing with taking random photos of people and places.

I have experimented with all sorts of photography, but just don’t seem to enjoy it as much as what I already know and feel is second nature to me. And if I look at my top selling photographs on Shutterstock most of them represent what I feel I do best. Other images, although accepted by Shutterstock but of subjects I feel that aren’t my strongest, are competing with images by photographers who have more of a passion for these subjects, and it probably shows in their work. So although it may be good to diversify, the chances are that you are not going to be good at everything and it might be better to find what you’re good at and try to perfect it.

The nice thing about stock is that the work you do today can reward you for years and years. So it’s worth remembering when you shoot if the image you take has longevity. I have an image of passport stamps which sold really well for quite a while. However, sales of this image all but died out. The stamps date from 2006 to 2008, so the image looks outdated now. The image below though, of a Cambodian boy playing the flute, which I sent to agencies a couple of years ago, continues to sell consistently and I expect it to keep selling for years to come, well at least as long as there are boys in Cambodia selling flutes to tourists. 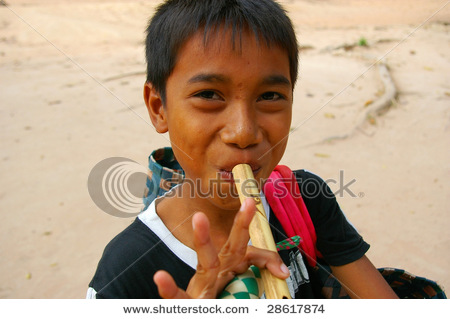 Ideally we would want a large revenue from each one of our images online. Although it may not be possible to have equal success with all our images, analysing our sales and images from time to time could help us to increase the size of our head and reduce the length of our tail, in other words being able to recognise and produce more of what sells and recognising also what doesn’t do so well. It seems I have a long way to go. Inevitably though, there will always be certain images which for whatever reasons just hit the right chord with buyers, whether we could predict it or not.

These are personal observations and thoughts from my own portfolio, but I would be interested to know about winning images from your own portfolio. Why do they sell so well and how good are you at choosing winners?

8 thoughts on “How do you choose winning images?”