October 24, 2011July 5, 2020 Microstock Posts
Tired of agencies cutting your royalties? Upload to an agency that will pay you better, up to 52%. Join Revolucy. 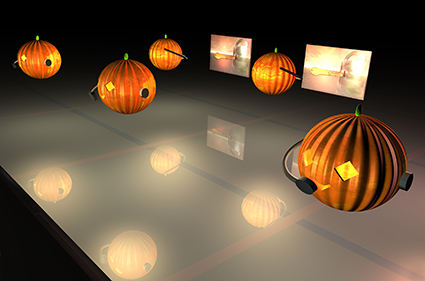 It’s Halloween next week. Holidays and traditions are great opportunities for microstock contributors to get more sales, that is if they produce work specifically for these occasions. The images themselves are usually downloaded well in advance, as designers often plan and make their designs months before the events take place. So designers would have bought their Halloween images long ago, and many would have already bought the images they need for their Christmas and New Year designs too.

Sing we joyous, all together
Fa la la…..

Ok ok enough of that already. If there’s anyone still reading at this point, I hope I haven’t made you feel nauseous. 🙂

Seasonal sales should be a great boost for microstockers who produce the images needed, however given the economic downturn over the past few years, maybe these sales have not been as consistent as in years gone by. For those who produce this kind of work, how have your sales been so far this year?

Below are a couple of widgets containing Halloween and Christmas images, for next year’s designs maybe.