What goes up must come down?

January 20, 2012November 22, 2015 Microstock Posts
Tired of agencies cutting your royalties? Upload to an agency that will pay you better, up to 52%. Join Revolucy. 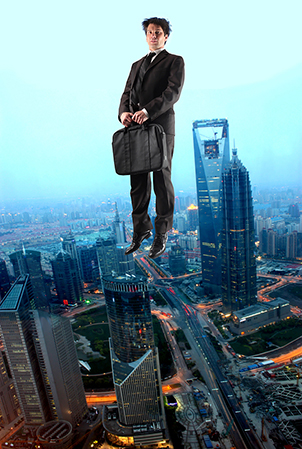 We all know that if you throw an object into the air it will come down, but does this apply to business too? If a business reaches the pinnacle of success can it continually be innovative, adapt to changing circumstances and stay on top of its game, or is it inevitable that a time will come where wrong decision making, increased competition or simply its own complacency will eventually lead to it falling.

If an object can achieve sufficient upward velocity though, the shackles of gravity can no longer restrain it and it can continue to rise. In businesses this would be to achieve continuous growth. It seems that most businesses, even those which seem out of reach to their competitors, can only do this for a certain duration.

Below are some recent articles which discuss this. Further below is some news on redundancies at iStockphoto, and at the end of this post there is a link to an article with some good news for microstockers.

Can a company live forever?

Excerpt: The past few years have seen previously unthinkable corporate behemoths – from financial firms such as Lehman Brothers to iconic car manufacturers such as Saab – felled by economic turmoil or by unforgiving customers and tough rivals….The average lifespan of a company listed in the S&P 500 index of leading US companies has decreased by more than 50 years in the last century, from 67 years in the 1920s to just 15 years today..

Excerpt: Unlike people, companies can in theory live for ever. But most die young, because the corporate world, unlike society at large, is a fight to the death. Fujifilm has mastered new tactics and survived …Kodak, along with many a great company before it, appears simply to have run its course. After 132 years it is poised, like an old photo, to fade away.

Gone in a flash

Excerpt: Kodak’s fate ought to be a lesson for today’s technology powerhouses such as Google, Microsoft and Facebook. No firm, however strong, can count on continued success: market dominance is only a snapshot in time.

This week Getty Images announced that approximately 30 employees of iStockphoto will be made redundant in the coming months. The confirmation came after some of iStockphoto’s employees voiced their discontent on Twitter and Facebook. Coincidentally, Kelly Thompson the former Chief Operating Officer at iStockphoto, who a few months ago moved from Calgary to New York for a position at Getty Images will be leaving Getty today, “to pursue other interests”.

iStockphoto, which was once the darling of the microstock industry, at the time of announcing that royalties for contributors would begin at 15%, declared that their business model was “unsustainable”, a word that hardly breeds confidence. Since then many buyers and contributors have fallen out with the company and site traffic comparisons show that traffic, which largely consists of buyers, is shifting away from iStock whilst its main competitor Shutterstock is experiencing a rise. Can iStock remain at the top of its game? There are many who believe that it is already well past its heyday.

The Microstock concept has already surpassed 10 years, it still has a lot of opposition and many may want it to fall, but right now it is still in ascendancy and consistently increasing its share of the market. Here’s an interesting article by Jim Pickerell which discusses this and some differences between microstock and traditional sites.

Read Also  Contributors are Furious with Shutterstock but will they Delete their Images?