Well, at least the weather was nice!

September 12, 2009January 25, 2018 Microstock Posts
Tired of agencies cutting your royalties? Upload to an agency that will pay you better, up to 52%. Join Revolucy. 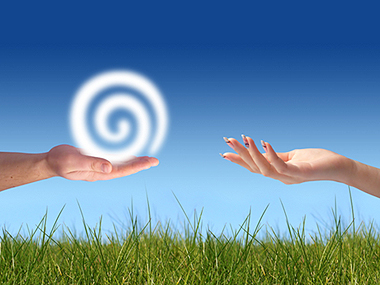 Summer is a wonderful season, good weather always helps to put a smile on peoples faces. However, summer doesn’t tend to do wonders for microstock sales and this summer, in my opinion, there was extra negativity going around due to the dictate of fairly new circumstances. Shutterstock is predominantly a subscription based microstock site, for years it was the only one that I am aware of with this market strategy. Their bulk packages offer very good value for money for their large customer base. Within the last few years, other microstock sites decided to move into Shutterstock’s turf, in order to compete for this source of revenue. Although Shutterstock remains the market leader for subscription packages and still provides the highest revenue for many photographers. I read a lot of threads in forums over the summer about peoples sales becoming predominantly subscription based, as opposed to credit based purchases. The revenue received for photographers, per download is far lower from subscription downloads. However, as far as I gather from the views of others and from my own portfolios, the volume of sales haven’t increased enough to compensate for the decrease in credit based sales, even if the other agencies are managing to grab some of Shutterstock’s pie. I think what has happened is a lot of the agencies own regular customers have changed over to subscription, simply because they are such good deals. For example, on Dreamstime I could buy 18 maximum sized images with a $99.99 credit package purchase, or download 10 maximum sized images a day for a month with a $128.99 subscription package purchase. It really wouldn’t matter if I didn’t download all that was entitled to me, as I get so many more downloads for my dollars. So subscriptions are becoming more popular, but unless the other agencies are able to shift images at the volumes that Shutterstock does, I can’t see the trend being particularly favourable for contributors.

Some good news from Dreamstime is that images downloaded on subscription can now earn as much as $1.26, the bad news is an image won’t receive more than 35 cents (or 42 cents for an exclusive image) for a subscription sale, until it has surpassed 19 downloads. There are still some agencies who have yet to incorporate the subscription model into their sites, BigStockPhoto being one of them and those who contribute to Stockxpert are given the option to opt out of subscription sales. Although, how long will it be ’til BigStockPhoto introduces subscriptions and Stockxpert makes it mandate for all to opt in, is anyone’s guess. My guess is sooner rather than later.

Also in the summer Dreamstime, until now the bastion of fair commissions, at least from the sites which have good sales, gave final notice of their impending reduction of commission from a flat 50% rate for all non-exclusive images, to a staggered commission rate system, starting at 30%. Contributors are only able to receive 50% commission again for any given image, once the image has received 100 downloads. The commission for photographers who work exclusively with Dreamstime remains at 60%. Naturally there has been a lot of disappointment expressed by many of those who regularly submit to Dreamstime, and some gloating expressed by some of those who work exclusively with them. I don’t think any microstock agency would stay in business if it weren’t for their non-exclusive photographers. Yet the difference in pay between the two sets of contributors will now be substantial. With contributors being dispersed over the entire globe and the agencies being unified bodies, the ball bounces nicely in their court. It is their court, I’m well aware of that and contributors can complain all they like in forums about decisions that affect them, but ultimately they have as always only one decision to make, whether to upload or not. The extra money is going to be used for more advertising. :-/

As many have pointed out in forums, contributors including myself have already been accepting commissions from other sites which are as low as 20%, so it makes no sense to shout “foul play”, instead we can only say “it was nice while it lasted”. They’ve offered their contributors 50% to 60% during the last 5 years, and at the same time managed to become one of the leading microstock sites. However, despite this precedented move, in my eyes Dreamstime is still the best microstock agency out there. The site is well presented and very intuitive, and Dreamstime is always coming out with new features for both buyers and contributors. In terms of entertainment and yes I often log in for entertainment, not having time to produce and submit mass volumes of images and at times not even having the inclination, Dreamstime has a good set up. I often spend time checking out the forums or blogs written by contributors. Although, Shutterstock’s forums are by far the most amusing due to the liberty given to participants.

I am an image maker and I’m not hiding the fact that I have my own bias. In the interest of giving some balance to this post I would like to direct you to another blog, which highlights the complexities microstock agencies have to face. http://www.microstockdiaries.com/creating-stock-is-easier-than-selling-stock.html