March 6, 2016February 6, 2018 Microstock Posts
Tired of agencies cutting your royalties? Upload to an agency that will pay you better, up to 52%. Join Revolucy.

I must say that I still enjoy seeing my work downloaded and I check what has been downloaded almost everyday. I’m a hobbyist photographer with a small port, but a portfolio which has been online for several years. There are numerous observations a microstocker can make from seeing what gets downloaded, which can help to understand the market more which in turn can help to produce more relevant images. Sometimes there will also be surprising and amusing results and also stories behind the image. Here are a couple of things I find amusing when I see buyers download some of my images.

One of the most ubiquitous icons of India is the auto rickshaw, a small 3 wheel taxi with no doors and drivers who don’t fear death. I have a few auto rickshaw images in my collection which are quite successful, and from my observations the vast majority of downloads for them are downloaded in India. I know this because Shutterstock has a map for contributors which shows the approximate locations of where the downloads come from. 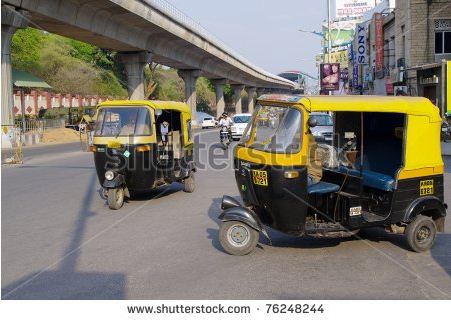 These images are by no means special (one example is the image above), they are simple street shots with auto rickshaws along them, which is a very common scene across India and many of the buyers located in India could probably step out of their offices or homes and quite easily snap some auto rickshaw shots similar to my own, with probably better cameras than my own. I on the other hand can no longer take images of rickshaws, as I was only visiting the country, I don’t live there. Before the advent of microstock, taking images yourself could have been an option for those without in-house photographers and on a small budget, particularly for editorial shots like the image above. The alternatives at the time were either to license images at highly priced traditional stock agencies or to hire a freelance photographer. These days there would be little point in trying to capture images yourself even for those with small image needs, and even if the subject you are looking for is something you walk by everyday. There are a gazillion rickshaw images you can choose from on microstock sites that can be licensed affordably and can be on your hard drive or cloud storage in no time. No need to put on any sunblock, no need to move away from the AC, just sit back and drink some more tea (as they like to do in India) and leave your image needs to the microstock professionals oh..er.. and microstock hobbyists. 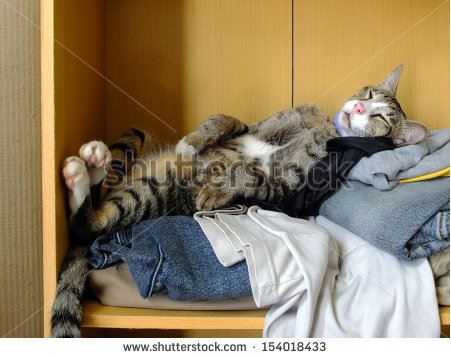 The image above is of one of my cats. This cat (as well as his sister) always look for new and comfortable places to sleep, in fact they often fight over sleeping spaces (much to my annoyance), usually this cat sees his sibling in a nice spot and he tries to take it. When I saw him lying on a pile of clothes stacked on a bookshelf (ok my house is not very organised), I grabbed my camera. He was trying to sleep but I had other plans and started making silly noises to get his attention, which led to him to changing positions several times. When he moved into the position in the photo above I immediately recognised how unique it was, and I let him sleep for a while so I could get a few shots of him in this human like sleeping posture. Eventually I started to disturb him again by making noises again, he wasn’t pleased at all now and the last few shots were of him looking directly at me with a stare which resembles a librarian looking at teenagers playing heavy metal in a library. At this point I decided to retreat slowly while I still had both my eyes. The shoot was over and my cat could finally get what he wanted, to sleep undisturbed and dream of having a more considerate owner and I was satisfied with what I had got, it was much more than I could have anticipated. 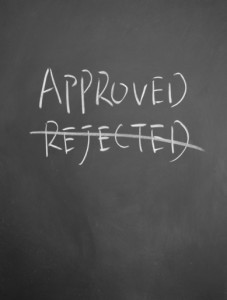 This particular cat from all my cats (I have far too many) is very popular with buyers. They seem to love him and they particularly like the shot above which has become the best selling image out of my cat images, he really does earn his keep (and maybe deserves to sleep more). The thing that amuses me when I see this shot downloaded on Shutterstock is that the image was initially rejected by Shutterstock. I however wasn’t going to take no for an answer for this image and I sent it again a few weeks later, it was approved the second time and since then it has had downloads weekly, sometimes it’s even downloaded a few times a day. For the record I’m not criticising Shutterstock’s reviewing, it took me a few years to realise that although not perfect they do quite a good job in reviewing images and I mostly accept the rejections and move on. However had I not been obstinate in this case I wouldn’t be getting all these downloads for this image. Sometimes it pays not to take no for an answer and sometimes it pays to let your cat sleep.

Are there any things that amuse you when you see your images downloaded?

3 thoughts on “Things That Amuse Me When Buyers Download”