The Relationship Between Your Blog and Your Sales

July 29, 2009January 25, 2020 Microstock Posts
Tired of agencies cutting your royalties? Upload to an agency that will pay you better, up to 52%. Join Revolucy. 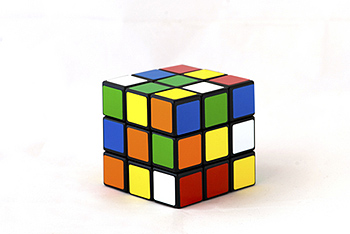 Possibly way too early for a post like this, but what the heck, I’m currently devoid of any other ideas. I noticed when I posted “April Showers“, that I had a surge of sales, ok an extra trickle of sales in the few days after the post. I currently have over 500 files online in various places, with 345 of these files on agencies which sell on a regular basis. This might sound like a lot to some, but is actually microscopic in microstock terms. Often trying to get photos online with various agencies, is a bit like trying to complete a rubik’s cube and I was never very good at that. However, I seem to be doing ok for sales with the few photos I have online.

I started this blog with just one objective, to have fun and so far I’m enjoying it. It is also a nice release for me to write about my experiences in the microstock industry, and to comment on the industry in general. With the exception of a few uploads in 2007, my uploading really began in April 2008, and I started this blog at the end of December of the same year. Since January 2009, my sales have started to improve.

Is my blog helping to improve sales? Below is a graph outlying sales I receive from Dreamstime, BigStockPhoto, 123rf and Shutterstock. These are the 4 agencies that I get regular sales with. The graph compares sales for the 3 days before posting blogs with the 3 days after. I only had my application accepted with Shutterstock on April 17, so Shutterstock figures are included in the graph from April 30. 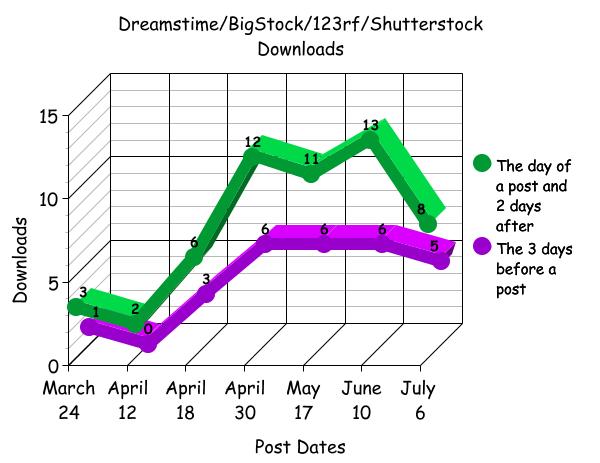 Mmm, “elementary my dear Watson”. Ok I’m open to the  suggestion that these results are not conclusive, as I don’t have enough photos online. Maybe I will do a follow up blog in the future.

Probably the most well known microstock blogist is a man called Lee Torrens. He started contributing towards microstock agencies in 2005 and set up his blog Microstock Diaries, in 2007. The blog has become so successful, that he has for several months had little time for shooting or adding more images to his portfolios. Despite this, his sales show no signs of decline, in fact he reached a record high in May.

Below are some blogs on microstock that I visit with varying degrees of regularity. Obviously none of them are a scratch on this one, but they’re getting there. 😉

www.microstockdiaries.com – for people selling photos online
www.mystockphoto.org – how to sell, buy, download royalty-free photos www.shootingstock.blogspot.com – hints, tips and progress reports on my journey to be a full time stock photographer

Anyway, nice to get this post out before the end of the month. Summer months are traditionally poor for microstock sales. Maybe I will get a late flurry, to help pick up my July figures from off the floor.

5 thoughts on “The Relationship Between Your Blog and Your Sales”