June 1, 2010July 5, 2020 Microstock Posts
Tired of agencies cutting your royalties? Upload to an agency that will pay you better, up to 52%. Join Revolucy. 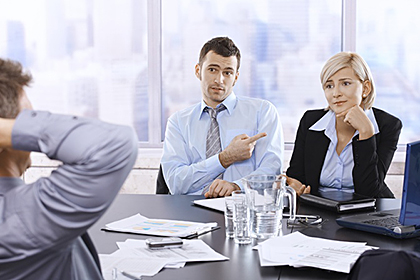 In a rare example of competing stock agencies working together, several agencies including Shutterstock and iStockphoto, have created the website Stockphotorights.com. Basically the intention is to provide an informative portal, where both buyers and sellers can easily find accurate information regarding image licensing and copyright.

Some frequently asked questions on the site include:

According to a survey conducted by Deutsche Telekom’s microstock agency Polylooks, more than a third of UK creative professionals, use internet images without consent and 81 percent of those who admitted this, said they used the images without feeling any guilt. The other 19 percent have since given up all worldly possessions and are currently on a Buddhist retreat in Nepal. I’m just kidding. Another discovery from the survey was that nearly half of those surveyed interpreted the term ‘royalty free images’, as being able to use images without paying for them. Well I guess we all have our Homer Simpson moments.

Those who contribute to microstock sites are often active in various microstock forums and contributors often report their findings of images used without permission, or even being sold by people who don’t own the copyright. Also in recent years websites such as TinEye and ImageRights, using crawler technology, are able to find where images are being used.

For more information visit the site StockPhotoRights. You can also ask questions in their forum.