Skip to content
Tired of agencies cutting your royalties? We are too as we're contributors too. Join us at Revolucy 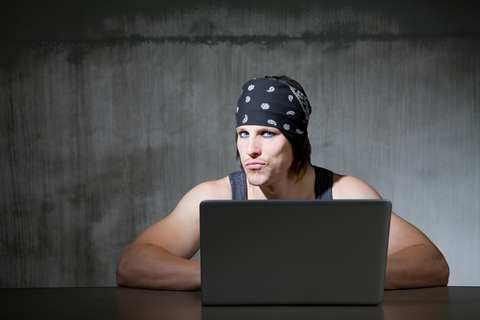 There seems to be more and more ways to download microstock images without ever visiting a microstock site. I’m not mentioning the names or linking sites of the alternative sources for obvious reasons. One site until recently was able to offer the entire Shutterstock collection unwatermarked for free. The images were not at full resolution but at 1000px which is still sufficient for a lot of people. How were the images obtained? Apparently due to a bug or hacking of the API that links the images to Facebook. Recently that door has been closed and although the images on the site in question can still be downloaded, they now have a Facebook watermark when downloaded, although the site has now added a 12 second video tutorial on how to remove these watermarks easily.

One of the original culprits is a site called fever (this is not the real site name but something similar). On this site there are people who have access to full size microstock images in their 10’s of thousands (we can only speculate on how they got the images), and they give access to these images to users of the site for just a few dollars. One seller starts by saying in his description “Are you looking for High Definition Images that you can use legally?” However it is not legal as purchased microstock images are not allowed to be resold. The site fever surely knows that their sellers activities are illegal and it would be easy for them to stop this but they don’t give a …. The microstock sites are aware of sites like fever and what their sellers do, but I can assume don’t make a concerted effort to stop it as this has been going on for years, unabated.

So if there are more and more ways that microstock images can be downloaded for free or at exceptionally low prices, might this impact the profitability of microstock sites’ and too the creators of the images. Well the big bucks are with the big business customers who probably wouldn’t buy from thieves. They wouldn’t want to get into a legal mess. These businesses would want proof that they have licenses for the images they download, which the thieves can’t provide. However, the existence of these alternative sources must have some impact. There are people making payments and downloading microstock images, but they are not making their purchases on microstock sites. How many of these people were former customers of microstock sites, or would buy on microstock sites if these illegal alternatives didn’t exist?

My guess is that currently the microstock sites may think not nearly enough, but this is of course uncertain. It could well be affecting them. With certainty many microstock sites cut contributors royalties to increase profit. Cutting royalties is a far easier decision to make than to take on sites which steal or support reselling microstock images, action which would probably be more effective if the microstock sites collaborated with each other. But that would mean having to talk to each and other complications.

And so the status quo continues. Sigh!

On that happy note, Season’s Greetings. 🙂

2 thoughts on “Are Sites which Steal or Resell Microstock Images Helping to Diminish your Earnings?”

The Microstock Site which Keywords your Images for FREE
+ +