Shutterstock contributor photographs ‘the unseen side’ of Afghanistan

September 23, 2010February 1, 2021 Microstock Posts
Tired of agencies cutting your royalties? Upload to an agency that will pay you better, up to 52%. Join Revolucy.

This article was written by the photographer Sophie Ibbotson and provided courtesy of Shutterstock.

I never intended to be a photographer. I read Oriental Languages at university with the intention of going to work for the Foreign Office, but the more I worked overseas the more frustrated I became with the “official” view of the places I went. Governments and the media alike seemed to get a sickening thrill from describing my favorite places as war zones, security risks and militant strongholds, or simply ignoring their existence altogether. I never read about or watched a news report on the overwhelming hospitality of Iranians, Pakistani villagers resisting a rising tide of militancy, or Afghanistan’s rich and multi-cultural heritage. A sense of injustice is a strong motivator, and I’ve been writing and photographing the unseen sides of Central Asia, Iran, Pakistan and Afghanistan ever since.

My aim in Afghanistan, as with all the countries I visit, was to document for myself, for my articles and for stock, the stories going on every day behind the headlines. I particularly like to meet and photograph people who are doing something different, trying to bring about positive change in their community and overcome the adversities presented to them by poverty, the natural environment or the failings of mankind. 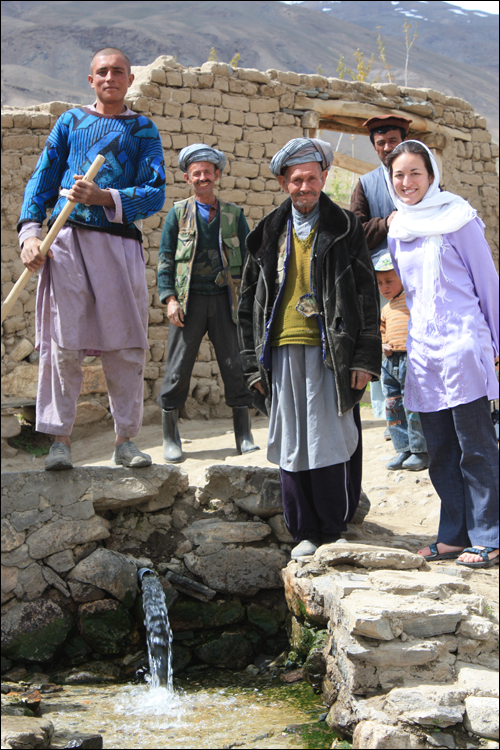 My first location was Nechem, a tiny mud-brick village in northeast Afghanistan. I wasn’t entirely sure how I’d be received. My fears were allayed as soon as I stepped foot out of the car. Within seconds I was mobbed by small children (predominantly girls, surprisingly) wanting to have their pictures taken but also to see how the camera worked. The children were not only photogenic but incredibly enthusiastic about the whole process. 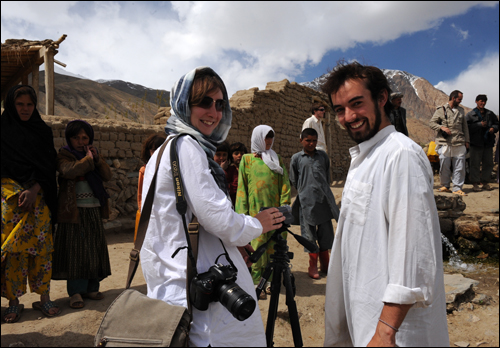 From Nechem, I traveled west to Baharak District in Badakhshan. I spent my time visiting rural enterprise schemes where villagers (predominantly women) learn skills to run their own businesses. The income this generates not only enables them to better care for their families, but also increases the status that they have within their communities. When at first I attempted to take portraits, they were exceedingly formal, to the point that the subjects looked miserable. When I showed them their pictures on the D200’s screen, however, they burst out laughing at their own solemnity, and the subsequent photos showed many more smiles. 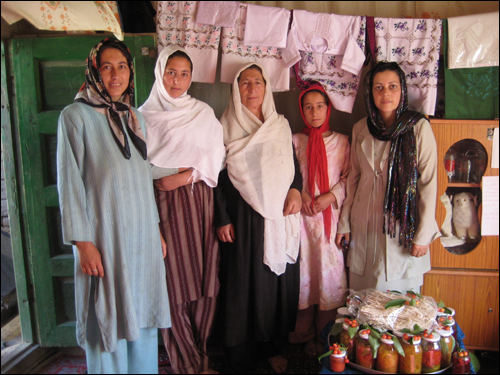 One young woman was intrigued not by the photos but by the camera itself. I showed her the basic functions (how to zoom, focus, take a picture and review the image) and then didn’t see my camera again for the next half hour. The pictures she came back with were fascinating – intimate portraits of her friends with their children and, in one case, a pregnancy bump. It’s unlikely she’d even seen an illustrated magazine and yet she took to photography like a duck to water. 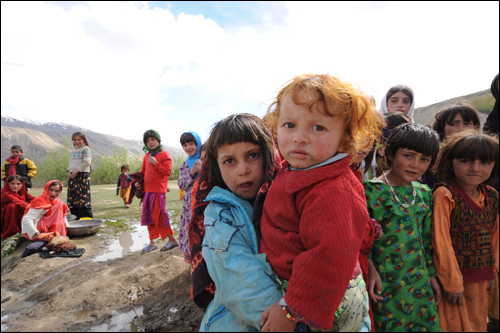 When I left Afghanistan and went back to the UK on holiday, I visited a class of students to talk to them about Afghanistan. When I told them it was my new favorite place, they looked absolutely horrified. The only images they associated with the country were battlefields in Helmand, burnt out tanks, and the shrouded coffins of heroes returning home. They did not understand, because no one had ever thought to tell them that the vast majority of Afghanistan is peaceful, that not all Afghans are militants, and that Afghan children are, in many ways, just like them. It was only when they saw pictures of their Afghan contemporaries, giggling and larking about in front of the camera, that their questions began to change. They stopped asking about weapons and death and the morality of the war, and instead started asking about schooling, employment opportunities and Afghanistan’s future. These are the questions we all need to be asking, and I believe adamantly that pictures are a powerful tool to get such topics on the agenda.

This article has been edited. To see the full article, click on this link. http://submit.shutterstock.com/newsletter/247/article1.html

Update: Removed link, as it has either been changed or removed.