September 23, 2015October 9, 2019 Microstock Posts
Tired of agencies cutting your royalties? Upload to an agency that will pay you better, up to 52%. Join Revolucy. 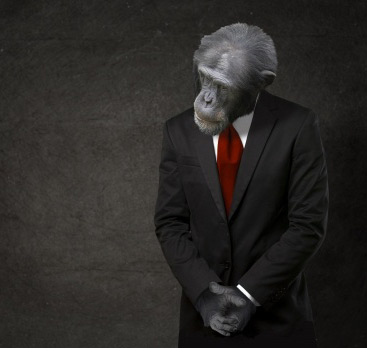 Yesterday the organization People for the Ethical Treatment of Animals (PETA) filed a bizarre lawsuit in court on behalf of a macaque monkey who snapped selfie photographs, arguing the monkey owns the copyright and not the photographer involved.

“Our argument is simple,” PETA said in a statement. “US copyright law doesn’t prohibit an animal from owning a copyright, and since Naruto (the name given to the monkey) took the photo, he owns the copyright, as any human would.”

They go on to say, “If this lawsuit succeeds, it will be the first time that a non-human animal is declared the owner of property, rather than being declared a piece of property himself or herself. It will also be the first time that a right is extended to a non-human animal beyond just the mere basic necessities of food, shelter, water, and veterinary care. In our view, it is high time.”

“The facts are that I was the intellect behind the photos, I set the whole thing up. A monkey only pressed a button of a camera set up on a tripod – a tripod I positioned and held throughout the shoot. I sincerely wish my five-year-old daughter to be able to be proud of her father and inherit my copyrights so that she can make my work into an asset and inheritance and go to university,” he said in an email. “I have very little else to offer her.”

So if an animal takes a photo with your camera and you want to use the image for commercial purposes, do as the animal does, don’t tell anybody.