April 16, 2011February 1, 2021 Microstock Posts
Tired of agencies cutting your royalties? Upload to an agency that will pay you better, up to 52%. Join Revolucy. 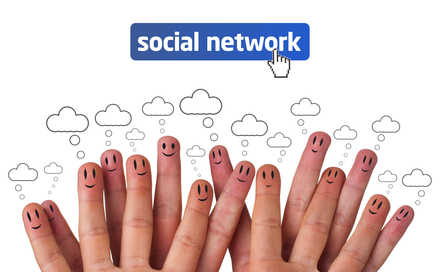 Microstock agencies seem to be besotted with Facebook, Twitter and other social networks, often to the point that traditional methods of online communication have fallen by the wayside, such as sending updates via email or even announcing updates on their own sites. About a year ago 123rf revamped its site, but the site forum mysteriously disappeared, they later said that contributors can now ask questions on Facebook. But what about those who don’t have Facebook accounts and although it may seem unimaginable for Facebook users, there are still plenty of people who don’t and there are those who don’t use it that much. To be fair on 123rf, they do answer your emails and participate in independent forums such as msg, infact participate much more than they ever did when they had their own forum. Again though, not everyone uses independent forums, but we all log in to our microstock accounts and we all check our emails.

Last month both Yaymicro and Cutcaster announced that Facebook ‘likes’ will play a part in determining the positions of images in search. As Yaymicro puts it, “The more “likes” your image gets, the more it gets boosted. Get your friends to help you promote your images!” Blimey! It was already difficult to sell anything on these two sites and now I have to pester my friends to ‘like’ my images, to have any sort of chance at all. And what about buyers, will they easily be able to find the most suitable photos for their needs, or will the first photos they see be the photos of contributors who have the most friends?

Naturally though, having these agencies images appearing all over Facebook as being ‘liked’ is good exposure for both Yaymicro and Cutcaster, as well as their Facebook loving contributors. And with these agencies offering contributors good commissions, I would like to see them perform better. The first microstock site iStockphoto, now pays as little as 15% to their contributors and this 54 page thread is an indication of just how much this is disliked. I doubt though that most buyers know or even care about the size of commissions an agency offers its suppliers. They care about finding the right images and each agency tries to persuade buyers, that what they need can be found on their site and found easily. Newer agencies find it difficult to compete with agencies that established themselves in the first few years of microstock, and are probably run on much tighter budgets, so they have to try and find innovative ways of reaching as many buyers as possible. I just don’t think that making contributors compete for search placements, with the aid of a social network is the right way to go about it.