Is it too late to be successful at microstock?

November 15, 2013October 18, 2015 Microstock Posts
Tired of agencies cutting your royalties? Upload to an agency that will pay you better, up to 52%. Join Revolucy. 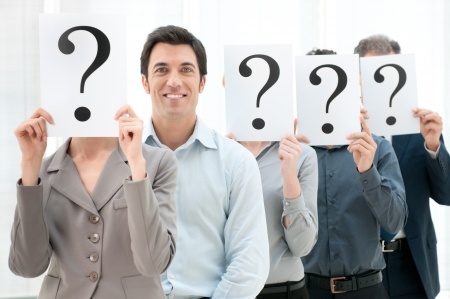 A lot of people enter microstock believing it will be a breeze, many microstock sites make joining as a contributor fairly easy and I think this helps in misleading people. In next to no time you can be a contributor and you could be sitting in front of your screen dreaming of making a fortune. There are people who turn shooting for microstock into full-time work, but there are far more that don’t, so keep your feet firmly on the ground.

The really large suppliers who do make a lot of money are sometimes referred to as “The Factories”, that’s because they produce tons of stock images, many have a production line going and employ people to help get their products to market. These photographers are not necessarily shooting what they enjoy shooting the most, they are shooting what they know are images in high demand. They have spent time analysing the market as well as learning and perfecting how to produce images for the market on a mass scale. They may have their own preferences of what they shoot, but a business minded microstocker’s passion for making money will often outweigh his preferences in subject matter.

According to these stats from 2011, 7% of the photographers on iStock make 80% of their sales, with half of the site’s sales coming from just 1.6 percent of the photographers and I imagine other sites have similar figures too. Watch Bob Davies video for information on these stats. Shutterstock which is one the the highest earning sites for many independent microstock contributors, sensibly do make it very tough to become a contributor. According to information they released before their IPO, they accept less than 20% of those who apply to be contributors. Stats like these clearly show what you’re up against.

Once a contributor, getting images accepted by the top sites can also be far from easy and it is often a common grievance expressed among microstock contributors. Dealing with rejection is a learning process. Photographers and artists often don’t deal with criticism or rejection of their work very well. There is always an abundance of forum threads from those doing microstock or those who have tried, who feel hard done by because microstock sites reject their images. One poster in this forum thread says this about Dreamstime, “I’m a world class photographer with world rankings but they didn’t even accept one of my photos.” The thread is full of people complaining about how they or rather their images were rejected by Dreamstime. You don’t have to be a so called world class photographer to get images accepted by sites like Dreamstime, you need to learn why your images are being rejected. Successful micrsotockers spend their time producing large quantities of marketable images to put on microstock agencies, they have learned from their own rejections, they didn’t cry sour grapes when their images were rejected, they got better.

There are those who will tell you that microstock has had its day, there are those who will tell you that you can’t make money in microstock. Less vocal are those who are successfully making money from their creative abilities. They are making it work whether in microstock, traditional stock or a combination of both. They are not only creative but they are businesslike, they know that there is competition, they know of the various markets and they have figured out what works for them. There are traditional stock photographers who will target microstock as a reason for why they are not as successful now, whilst others have changed, adapted and excel in today’s market. The stock industry has changed, there are tens of thousands of microstock contributors and millions of paying microstock customers, they didn’t listen to the detractors of microstock, or even know of any disapproval. Change is inevitable, you can’t always determine the course of change, you can though adjust to changing times and concentrate on what you can control, or you can simply reminisce on your time and let others enjoy theirs.

So is it too late to be successful at microstock? I don’t think it is. It is of course way too late to get lucky in microstock as some of the early starters were. For most people microstock provides a small but welcome extra income, for many this is success enough as this is an extra income which previously they didn’t have. Those who earn a living from microstock are a minority, maybe in much the same way as those who earned a living from stock images before microstock were not so many in numbers. If you want to become really successful at microstock, in as much that it becomes your primary source of income, you will need to work at it with steadfast resolve. Getting accepted on a microstock site is only being allowed to walk onto a platform, you haven’t boarded the train yet. I think often the biggest question when setting out to achieve something is not is it possible or can I get past the next hurdle, but how much do I want it? I do still see new microstockers doing very well, it can be done but you are going to have to want it quite a lot and you may find that you will need to want it more than you think.

3 thoughts on “Is it too late to be successful at microstock?”