I Love Photography, but I’m Mad About Football

June 11, 2010February 1, 2021 Microstock Posts
Tired of agencies cutting your royalties? Upload to an agency that will pay you better, up to 52%. Join Revolucy. 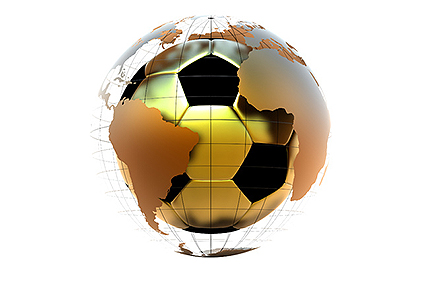 The World Cup starts today and I couldn’t resist a blog about another passion I have, and I hope you hear me out even though this passion of mine may be of no interest to you. If you happen to fall asleep whilst reading this, upon awakening, at least skip to the links at the bottom which are related to Photography and the World Cup.

I have always been fascinated by football or soccer as it is known in far off lands which prefer their own sports. The last time I was in the U.S. was more than 20 years ago, I was still a teenager. I distinctly remember being invited by my cousins, to join them and their friends who were playing football in the garden. Music to my ears. Once I reached the garden I saw their friends throwing an oval shaped ball. I turned to my cousins and my words were something like this, “Hey, I thought we were going to be playing football!”.

Pretty much anyone from any nation, can appreciate a good photo. Not so with football. Most Americans that I encounter on my travels, complain that there aren’t enough points (goals for the rest of us) in the game and how can you have a game where nobody wins.

Let me try to explain.

It actually requires an awful lot of skill for 11 players on a 105 x 69 metre pitch to force a ball between a 7.32 metre space at one end of a pitch, especially when 11 other players are trying to prevent them from doing this, whilst at the same time trying to force the same ball into an equivalent space at the other end of the pitch. Remembering of course that only 2 of the players are allowed to handle the ball, three if your name is Thierry, with these two players being the furthest away from their respective target areas. When stalemate is eventually broken and a hardened defence is penetrated, the supporting fans in the stadium and in front of their TVs erupt into an uncontainable display of emotion, as all are aware at just what a difficult feat has been achieved and what a fine line it is between winning and losing. Heads sink on the opposing side as they are aware that despite being only 1 goal down, they too now have to cut through what may now well be an even more resilient defence.

Those who understand the sport, don’t just appreciate the goals, they appreciate the intricate pieces of skill which can be seen on the whole of the pitch. The finger tip saves which edge the ball past or onto the posts or crossbars, the well timed tackles from last defenders, the free kicks from 30 or 40 yards out which send the ball purposefully in one direction and then the other. And should the game end up as a draw, which they mostly don’t, for those who regard this as a disappointment, an epic game of chess where two great minds try to outwit each other can end up in stalemate, it doesn’t mean the game wasn’t good.

I’m not sure if things have changed much in the States since I was there, at the time football was primarily regarded as a girls sport. However, since then they have hosted the tournament, known simply throughout the World as the World Cup and of course David Beckam landed.

For dedicated fans though, who regard this event as the pinnacle event of the year and indeed of every 4 years, we now have a month of football. So sit back and enjoy the beautiful game.

4 thoughts on “I Love Photography, but I’m Mad About Football”