How to Deal with Agencies which Refuse to Pay

May 9, 2016December 4, 2018 Microstock Posts
Tired of agencies cutting your royalties? Upload to an agency that will pay you better, up to 52%. Join Revolucy. 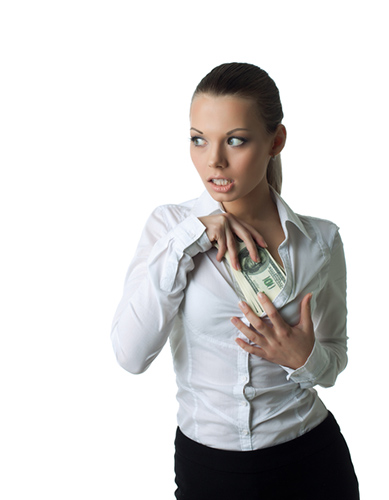 I have submitted images to microstock agencies since 2007, on more than a few occasions I’ve come across agencies which have been quite unscrupulous. If I think back at what happened, the resounding impression I’m left with is that it is quite amazing to witness how much effort a representative of an agency will make in order to not pay what rightfully belongs to someone else. At the time I resisted the temptation to write details about those experiences, however as new instances occur I don’t feel I should keep silent any longer, as it’s obviously a recurring problem. This blog has always been for contributors and it’s from shared experiences whether good or bad, in blog or forum posts that people can make their own decisions on whether to contribute to an agency or not.

My current problem is with the microstock site Yaymicro. The thing that has so vexed me about them is that they completely ignore me. My subject is obviously not what they want to receive and they point blank refuse to reply to any form of communication I send. It’s as if I don’t exist and that is a lack of professionalism and also quite simply a lack of manners.

I am €2.74 away from the payout threshold. I have not had a sale with them since October 2014, but it’s not because of a lack of earnings that I want to leave, I don’t like the direction they are going in, it’s not what I signed up for and I want out. Their focus is now on their streaming site Yayimages, which I never opted in to, Yaymicro does not actually exist anymore as a site for customers. Surely if the site that we signed up to for licensing our images closes, then we should have an option to fully leave them and retrieve our earnings, Yaymicro never gave us that option. I wrote to Linda of Yaymicro on March 26 requesting payment and account closure, the email was ignored. I wrote again on April 4 requesting the same, the email was ignored. I then wrote to Jan of Yaymicro on April 5, the email was ignored. I then posted in a thread on April 20 on Microstock Group (which I know they are following) on the closure of Yaymicro, I requested that they reply to my emails or contact me via the private message system in the forum, the request was ignored. So far this is 4 attempts to get a response from them and at the time of writing this post more than 6 weeks have passed since my first email, hence we now have this blog post, which I did not really want to write but quite frankly I have given them an ample amount of opportunities to respond to my communications. I’m not accustomed to begging for money, which after multiple requests is what this is starting to feel like, however I’m also not familiar with giving up. I’m used to working hard and paying my dues, and I make sure I’m not indebted to anyone.

So Yaymicro, I sent you my images, I gave you my time and so far you have given nothing to me and now you don’t even reply to my emails. This was a site I joined in its early days, not because I was under an illusion I would make a lot of money, but because I wanted to support sites which I thought were fair to contributors and this is how you repay me for my support, by ignoring me! As one poster (who has been waiting months for a reply from Yaymicro) in the msg forum thread suggests maybe “Jan, Linda and the rest may already be collecting their unemployment cheques.” I know many contributors were stung when Revostock closed suddenly, some contributors were owed hundreds of dollars. Maybe YAY Media are heading the same way, from where I am standing it certainly seems that they are failing.

Which still leaves the question, how to deal with agencies which refuse to pay. It’s kind of tough working online, as so much is based on trust, we can’t see each other face to face and confront each other about issues. If the other side ignores you then what can you do? Seemingly very little. We can publish our experiences online, which ultimately does not enhance an agency’s reputation or credibility. However, this still doesn’t ensure we get paid. I will update this blog if I ever hear from anyone at Yay.

If you have any experiences of your own or any suggestions for people in similar situations, please make sure that you write about them in comments, so that we can all benefit.