123rf Shock Contributors by Dropping Royalties on the Sly

February 6, 2018October 7, 2019 Microstock Posts
Tired of agencies cutting your royalties? Upload to an agency that will pay you better, up to 52%. Join Revolucy. 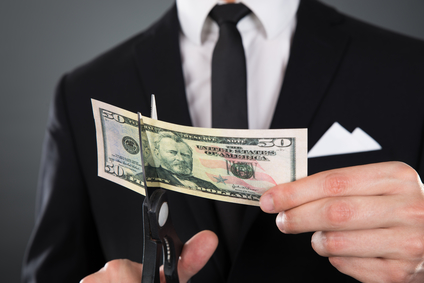 This one really takes the biscuit!

Incredibly 123rf just got rid of 2 payment levels. Kaboom! They’re gone. So if you were in these payment levels you have now been moved to a lower level with lower royalties. If that sounds good then keep uploading, which is pretty much what 123rf have figured out you will continue to do anyway.

There has been no announcement of this by 123rf, just contributors reporting in the microstockgroup forum that their payment levels have dropped. At first contributors thought it was a glitch, but after some days it gradually dawned on them that these changes are indeed permanent (at least until the next change) and  intentional. Below are some quotes taken from this forum post, on what contributors are saying about this.

If this is true, that’s a sleazy move. And above all, without informing contributors.

These people are disgusting. No more uploads from me.

I still haven’t received a reply from days ago when I emailed them. Guessing I probably won’t, until we get a random “Exciting News!!” email newsletter sent out or something. Its all feeling very iStock…

They pulled this same stunt years ago, don’t you all remember? Lots of promises. IIRC things didn’t improve. This will be no different.

I will stop uploading. 123RF will not get any new illustrations from me.

I’m rather furious to have also dropped from level 4 to level 2. A sneaky pay cut is a slap in the face for hard-working contributors.

“Sleazy”, “Disgusting”, “Sneaky”, “Slap in the face”. Does 123rf have no other method of increasing profit other than taking even more from their suppliers? This is what happens when you have business people running a creative business who are inept at being creative. They have no ideas. They haven’t grown since their last royalty cut so I doubt this one will improve their prospects either.

Update: 1 day after this blog post, 123rf have finally broken their silence on the matter, via email. “As part of an initial phase, the 2nd and 4th Tier has been removed from the previous Contributor Commission Structure. We understand that these changes have caused a lot of concern among Contributors but rest assured, the coming phase would be good news for Contributors. All the changes will be conveyed in full in an official announcement once all the phases are deployed, which is estimated to be around the end of March 2018. Please bear with us in the meantime and do look out for the official announcement from us.”